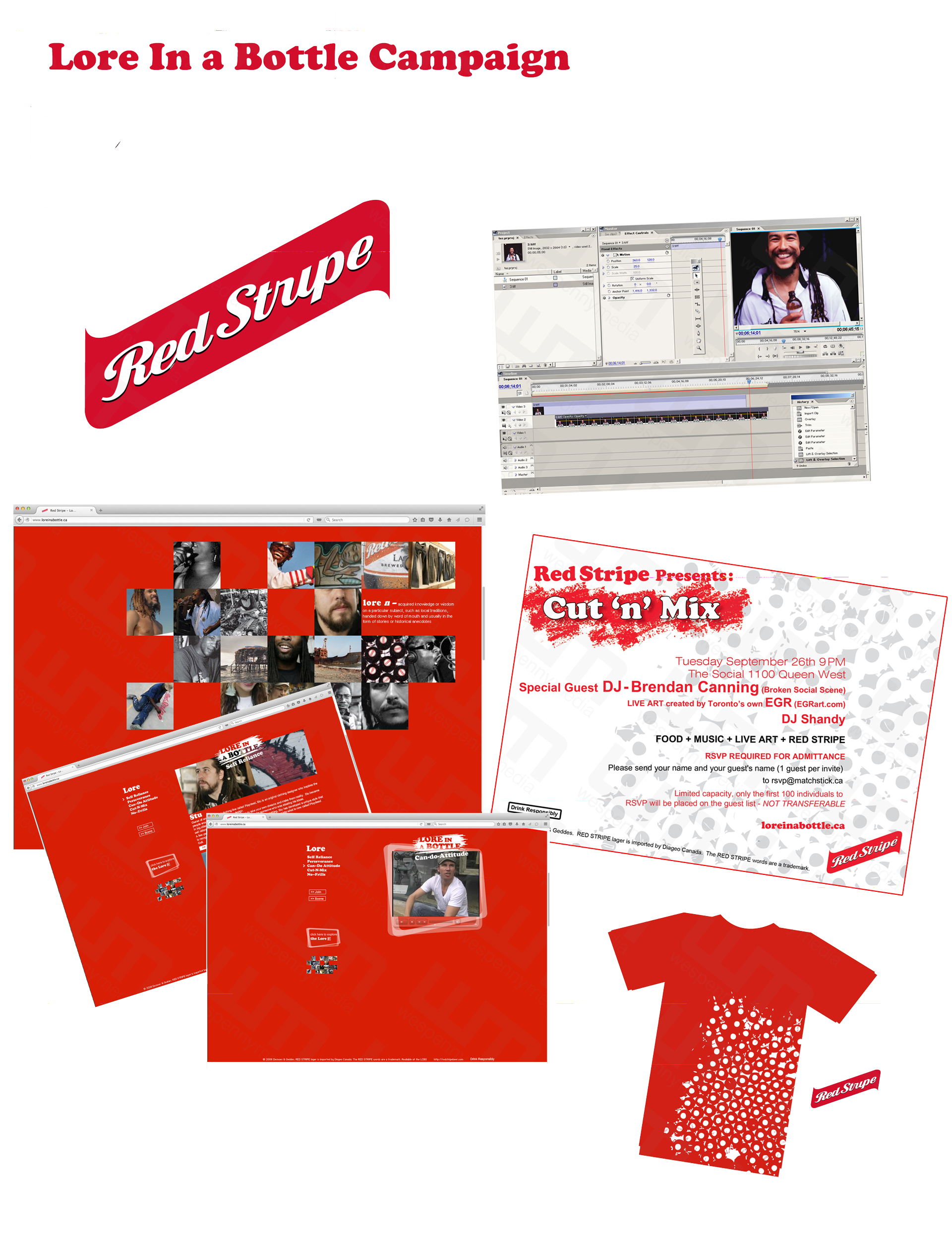 Red Stripe is a 4.7% abv, pale lager brewed by Desnoes & Geddes in Jamaica. It was first produced in 1938 from a recipe developed by Paul H. Cotter (the son of founder E. P. Cotter) and Bill Martindale. It is brewed under license in the UK and USA. In 1993 Guinness Brewing Worldwide, now Diageo, acquired controlling interest in Desnoes & Geddes and took over international distribution.

Lore In A Bottle – An experiential campaign developed for Red Stripe beer, examining similarities between Jamaican and Toronto cultures. Key Canadian influencers that identified with the brand were showcased introducing the audience to their unique backgrounds again exhibiting Toronto’s ever abundant diversity.